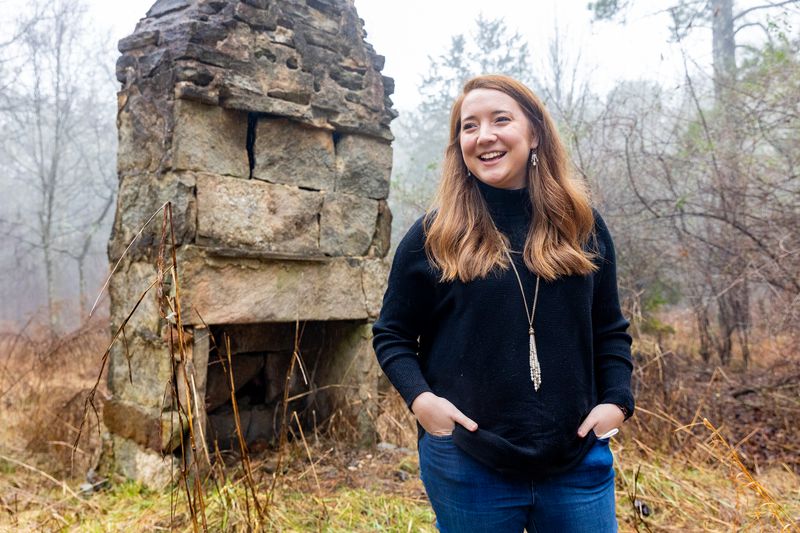 AJC: Rowen land a window into history of the South

By Carly MirabileFebruary 28, 2022No Comments

Rowen land a window into history of the South

By Alia Malik, The Atlanta Journal-Constitution

The land on which Gwinnett County leaders expect to build the future of metro Atlanta sat just over the border from the United States until about 200 years ago.

The 2,000 acres now slated for Rowen, a future development heralded as the region’s next hub for jobs and research, was until 1818 divided from the American frontier by the Apalachee River.

From the time when the Creek and Cherokee tribes grew crops and medicinal plants on what is now the Rowen tract, the story of the land has served as a detailed illustration of the history of the South — from Andrew Jackson’s Indian Wars to slavery, the rise and fall of cotton, railroad expansion and the spread of Georgia’s famous pines.

And, for good measure, some frontier lawlessness.

As the Rowen Foundation builds a massive research center focused on agriculture, the environment and medicine, leaders are planning to preserve and highlight the land’s history for its connections to those themes. A new University of Georgia historical study serves as a guide.

“It’s about the history but it’s about today and the future,” Rowen Foundation President Mason Ailstock said. “It’s about understanding what you’re responsible for before you start developing and changing things.” 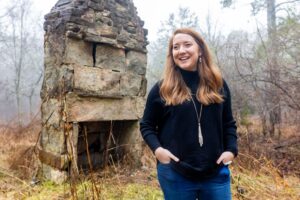 Groundbreaking is scheduled for the third quarter of this year on the property’s first new road, said Bob Hughes, a foundation consultant and founding principal of the planning and landscape architecture firm HGOR. 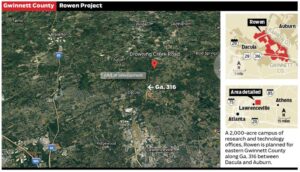 Ravines slice through the Rowen tract, feeding into the river to the east. The Rowen Foundation plans a pedestrian trail system that could run along or through the ravines and link to a walkway along the river, Hughes said.

The northern tip of the land once held a grist mill where the Georgia militia fought a division of the Creek Nation and their British allies during the War of 1812, said Eli Stancel, an amateur historian and descendant of Joshua Hill, the mill owner.

The mill became known as Hill’s Mill, and later Freeman’s Mill, for its owners. The mill ran through the early 20th century and no longer exists, but much of a dam that Hill built still stands on the Apalachee.

The Rowen Foundation will preserve the dam and link it to a planned walkway along the river, Hughes said.

In 1818, amid the First Seminole War, the Creeks ceded land west of the Apalachee to the United States, territory that begins with the land now slated for Rowen. The new land allowed Georgia to expand westward and create Gwinnett County. Forest covered most of it at the time, according to the University of Georgia study.

White settlers began to raise corn and livestock. The rolling landscape and difficult river access meant many of the farms in the Rowen area were smaller and had few or no enslaved people, in contrast to the large plantations farther south.

The Tanner family bought land in the southeastern section of the Rowen tract, just north of Route 316, before the Civil War, the study says. One of the few families that kept land in the area through the Civil War and its aftermath, they came to own about 800 acres.

A mid-19th century well remains on their land with an unusual stone wall surrounding it. The Rowen Foundation will preserve the structure and create a park around it, Hughes said.

During the Civil War, a teenager named Samuel Locklin Hinton enlisted in the Georgia Confederate infantry and served as a guard at the Andersonville Prison, “where the horrific experience of sick prisoners made him want to study medicine,” the study said.

After the war, families sold off land on the Rowen tract at low prices to pay taxes and debts. Union soldiers had overrun the area foraging for food and the county had lost about half its wealth when enslaved people were freed, the study said.

Two of the new land buyers were Hinton, who had become a doctor, and his wife, Alice Stanley Hinton. They began acquiring land in the area in the 1870s and built a house and farm. The family came to own half of what is now the Rowen tract.

A branch of the Seaboard Railroad was laid in 1891 through the northern part of the tract. A temporary railroad construction camp later became the town of Dacula, where the Hintons built an elegant house and Dr. Hinton in 1905 became the first mayor.

The family grew cotton at the time and Dr. Hinton operated a medical practice on Rowen land, said Caroline Hinton, 25, his great-granddaughter. At the time, doctors still worked with medicinal plants, she said.

“You start looking at the ways that agriculture and medicine and everything come together,” said Caroline Hinton, a Dacula native and communications associate for the University of Georgia’s agriculture and environmental science college. “It did go hand in hand.”

As family lore goes, Dr. Hinton was once responding to a medical call in a horse and buggy when a group of bandits jumped on the horse from the high banks along the road and grabbed the reins. When they recognized him as the doctor, they let him go, Caroline Hinton said.

That street remains one of the state’s oldest dirt roads and will be preserved, Hughes said. 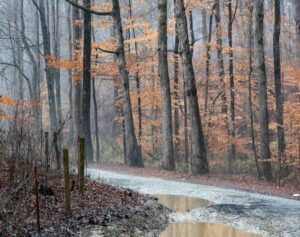 In 1894, Joel Cash Williams and his wife, Emma Tanner Williams, built a one-story wood-frame house in the southwestern corner of the Rowen tract, at the intersection of Drowning Creek and Tanner Roads. The house is classified as a New South Cottage, a style popular in the region at the turn of the 20th century. The Williamses planted magnolias along the walkway and their children added boxwoods.

The family raised cattle and pigs, farming the property until 1988 and occupying the house until 1999, the study said. The property also has a pond and gardens where healthy plants still grow.

The Williams home is the only historic house on Rowen land that remains intact. The university team recommended some restoration work so the house can be used to present agricultural history, “as the farmstead spans nearly the entire twentieth century reflecting early history and culture in Gwinnett County.”

The house stands along a greenway system that Gwinnett County is building and will become a historical site along one of the trails, Hughes said.

In the 1920s, an electric beacon was installed on a steel tower on Rowen land, part of a network that guided the new air mail planes from Atlanta to New York by night. 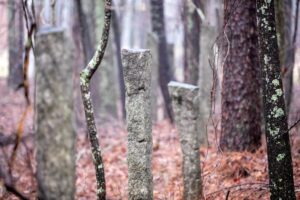 From 1920 through 1960, population in the area stagnated although the number of African Americans dropped steeply, reflecting the Great Migration to Atlanta and the north, the study said.

Cotton farming declined as fertility decreased and the boll weevil infested crops. Owners began to plant pines for timber on what is now Rowen land, though they also raised turkey, pigs, cattle and corn, the study said. The land today is largely pine forest.

Only daffodils now remain where several houses once stood on Rowen land. As the development’s design takes shape, those sites can be considered for parks, Hughes said.

The Hintons still own about 250 acres of the tract, where they are preserving a chimney, all that is left of their original house.

On a recent afternoon, Caroline Hinton visited the chimney while rain shrouded the woods around her in mist. She said her family sold about 750 acres to the Rowen Foundation only after extensive discussions. They remain involved in the development partly to honor their ancestors.

“They put a lot of effort in stewarding the land,” Hinton said. 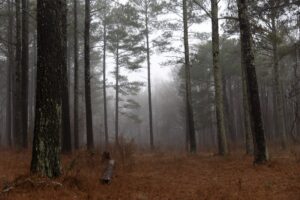 Rowen, a research center planned near Dacula, will be the largest development in Gwinnett County’s history. Here are some numbers about the project:

2000: number of acres on which the development will be built.

90,000: approximate number of jobs expected to be created this century.

$74 million: amount of bonds and loans approved by the county for the project.